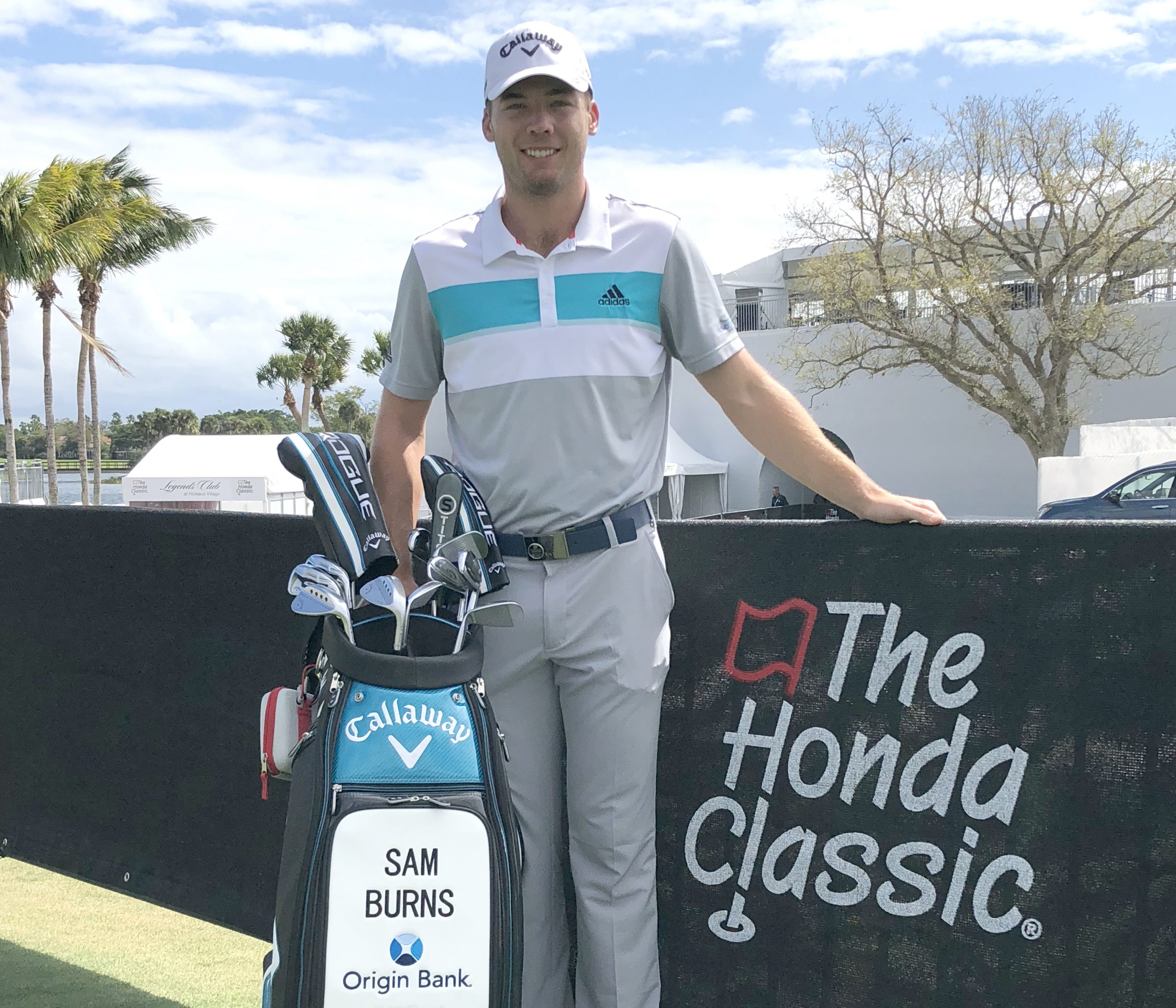 Origin Bank announced today that it has entered into a partnership with Web.co Tour golfer and winner of the 2017 NCAA Division 1 Jack Nicholas Player of the Year award, Sam Burns.

An LSU alumnus who turned professional in September 2017 after two years as a collegiate golfer, Burns was also named a 2017 PING First Team All American and was a member of the 2017 Palmer Cup winning Team USA. While at LSU, he won four individual titles and set the single season scoring record as a sophomore.

“I am honored to partner with Origin Bank,” said Burns. “Not only is it great to partner with a local organization, but I have many friends at Origin and look forward to having them as part of this exciting journey.”

Origin Bank’s corporate headquarters is located in Ruston, just a few miles from the home course of Burns’ golf coach, and also has banking centers in his hometown of Shreveport.

“We have followed Sam’s success through his beginnings at Calvary Baptist Academy, while at LSU and now as a touring professional,” said Larry Little, Shreveport Regional President at Origin Bank. “We are proud of all he has accomplished and are thrilled to have him as a brand ambassador.”

The Origin Bank logo will be visible on Burns’ golf bag at his next tournament, The Honda Classic at Palm Beach Gardens, Florida, a PGA Tour event that Burns received an exemption to play as a Nicholas Award winner.