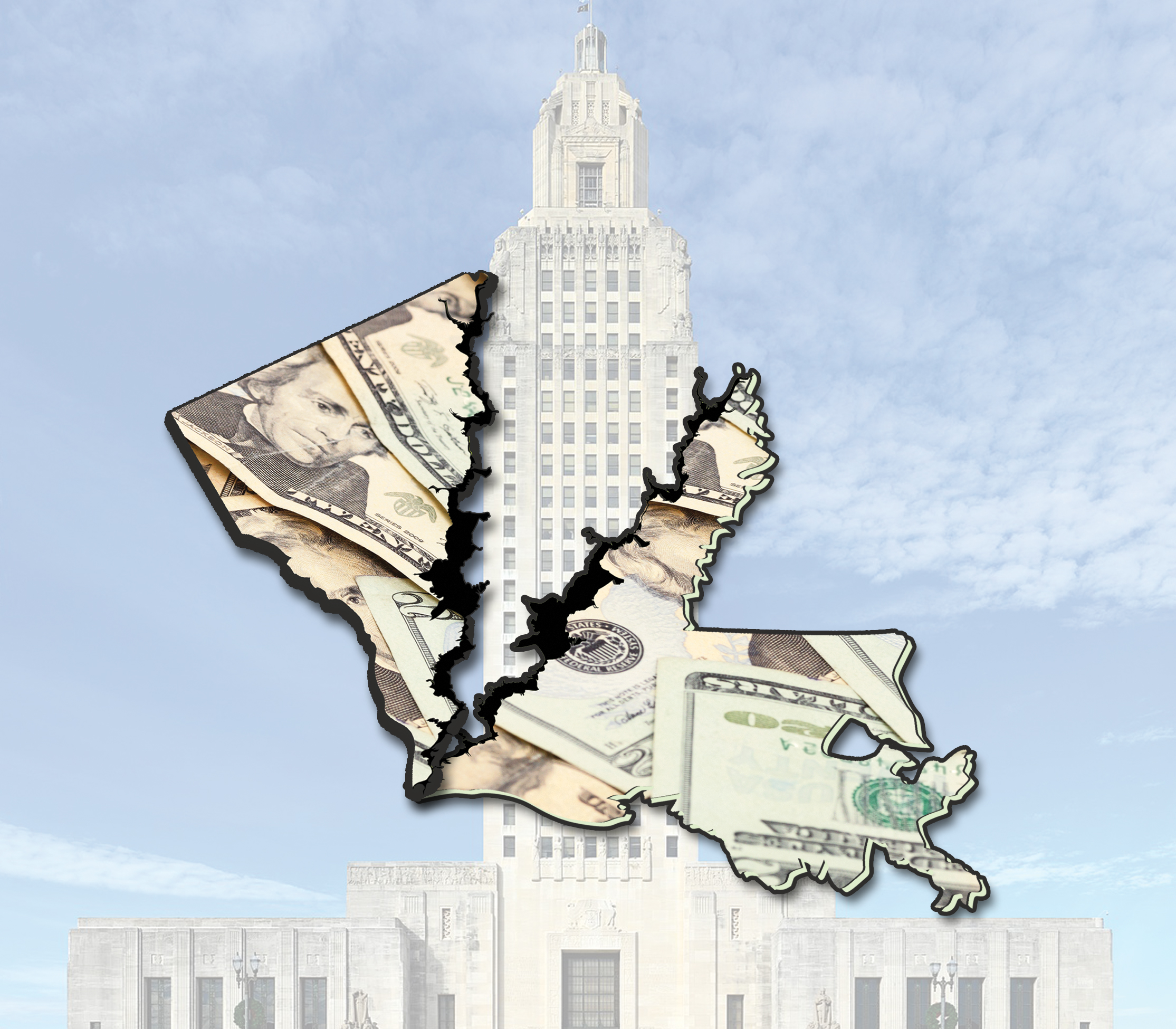 Louisiana’s budget issues are back this year as a billion-dollar deficit is set to rear its ugly head thanks to expiring tax revenues. Ominously called the “fiscal cliff,” the question now is what will legislators do to  either replace tax revenues set to expire this year or where will they cut to find the missing revenue? And what would falling over look like?

“Everyone’s ideas need to be considered. That means there’s a revenue solution but there has to be a spending and government reform,” said Stephen Waguespack, president of the Louisiana Association of Business and Industry (LABI).

Waguespack has spent the better part of his tenure as president carefully watching each legislative session’s efforts to address budget deficits while advocating for permanent solutions.

BIZ. Magazine spoke with him to find out what would happen to northwest Louisiana if we fell off.

BIZ: How did we end up in this mess?

Waguespack: Two years ago, the Legislature passed $1.1 billon in temporary tax increases. Those taxes expire this July. The state Revenue Estimating Conference said sales tax are $240M more than expected and thanks to the federal tax bill, the Revenue Department estimates $200M to $250M will be paid in state taxes. So that fiscal cliff is looking more like $600M. That’s a big difference and it’s important to remember because $600M out of a $30B budget is more achievable.

BIZ: Could we actually fall off the cliff?

Waguespack: The fiscal cliff is only a piece of the state’s financial woes, with the other piece being reform of spending to cure repeated budget deficits. Our economy is not strong enough to continuously fund government growth.The state budget has grown by $4B over the past two years.

Gov. Edwards is proposing to avoid the fiscal cliff with more taxes on businesses. This would come in the way of taxing services, utilities, manufacturing inputs and expanding sales tax into new areas.

No one should try to confuse raising enough money to avoid the fiscal cliff with a long term solution. You have a Medicaid and state pension programs that are growing at rate we can’t afford, dedicated spending is walled off.

BIZ: What would falling off the cliff look like up here NWLA?

Waguespack: The issue is not the state government running a deficit, the biggest challenge is how the government is going to solve the deficit. Namely, if that is done in a way that taxes businesses.

You’ll see businesses lose profit margin. For example, if you’re a restaurant or hardware store and the government starts taxing your utilities or a service you provide, state won’t be running at a deficit but your business will be shut down.

BIZ: Would falling off the cliff be a blessing in disguise in that it would mean we have to solve the problem?

Waguespack: It’s to be determined. If the governor doesn’t get all the tax increases he wants and gets the rest of it in the form of cuts to the TOPS program and higher education, that doesn’t help anybody. But if it  forces the legislature to un-dedicate dedicated funded or reform the pension systems then that is a benefit of a cliff. But if it’s just cuts from the usual parts, then we’re not doing anything different we’ve done for a decade.

BIZ: In your opinion, is this a tactic being used to raise taxes?

Waguespack: There is no doubt we have a cliff. We’re spending more than we bring in. The scare tactics come in that you will be attacked by the administration if you try to have a conversation about a drastic redesign to avoid repeated budget shortfalls.

BIZ: What should we be concerned about in our corner of the state?

Waguespack: Shreveport-Bossier should be more focused on a fair tax code.We have a bad tax code and instead of fixing it, we put exemptions and credits over it. We have to get out of that game.

History has shown that the model of sending all of northwest Louisiana’s tax money to Baton Rouge and it will drift back to their community in the form of better schools, services and roads is a model that is bankrupt.

I’ve had conversations with NWLA business owners and I haven’t met anyone who feels they are seeing a return on the money they are sending to Baton Rouge.

Lack of faith in government is well deserved and widespread. It’s not going to be fixed with a fancy Facebook post.