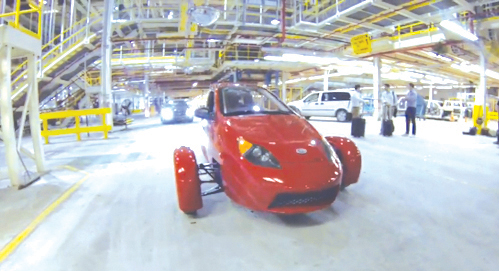 It’s a hotly debated topic that courts as much controversy as it does questions: Elio Motors.

The Phoenix-based company has been leasing the former General Motors plant in Shreveport since 2014 with hopes of producing its quirky, fuel-efficient, three-wheeled vehicle. Notice I said, “hope.” Because as of right now, it is apparently nowhere near actual production.

The former GM manufacturing plant in Shreveport is one of the properties divested by the company during its bankruptcy reorganization in 2009 and was placed into the court-approved RACER Trust for redevelopment, along with 88 other properties in more than a dozen states. The RACER Trust sought to reposition the property with a job-creating project. The promise of jobs led Caddo Parish’s Industrial Development Board to bankroll $7.5 million worth of public dollars to purchase the plant. It was then leased to investor Stuart Lichter, who in turn has been sub-leasing it to Elio and, as of January 2017, Glovis.

After initially promising production in 2015 and several delays since that time, Elio Motors announced last year it had delayed production of its three-wheeled road vehicle to 2018 and then again to 2019. That delay came two months after Elio told the Louisiana House Commerce Committee that production would begin in Shreveport by the end of 2017.

The Hayride, a political news website, reported that by July 1 of last year, the terms of the contract call for Elio Motors to produce 1,500 jobs in Caddo Parish or pay a $7.5 million fine. The company received an extension from RACER Trust.

In mid-July, the state of Louisiana fined Elio Motors $545,000, saying the company is operating as a “manufacturer” and therefore should have a license to accept non-refundable deposits for its proposed three-wheeled ride. Elio had accepted 65,000 nonrefundable deposits of $1,000 for the vehicle. KSLA reported that attorneys for Elio Motors argued that the practice is not in violation of state law because the reservations are just for spots to buy the car and do not guarantee actual sales. However, the commission’s attorney and executive director pointed to Elio Motors’ website and news releases that use words like “buy,” “sale,” and “own” as evidence of intent to sell. The company appealed the fine in late August.

Meanwhile, The Hayride also reported that Elio’s 2017 U.S. Securities and Exchange Commission report says Elio Motors is $376 million short of capital requirements needed to begin production and that in 2016 it spent $52 million. 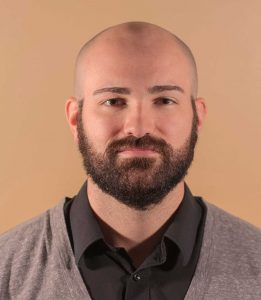 According to a KTBS report from October 2017, Lichter admitted to the industrial board Elio does not occupy the former GM plant. He also said he did not know if Elio would ever build a car.

In a visit to Shreveport, Elio Motors Owner Paul Elio gave the press multiple reasons as to why vehicle production hasn’t begun yet. Namely, halting progress to allow for a European automaker and a Texas company to look at moving into part of the plant, and the economy.

Obviously, the use of public money to purchase the plant is what has caused a lot of furrowed brows over this Elio deal. Add in that the GM plant, viewed as an asset to attract another manufacturer and jobs, is tied up with appears to be a bum deal and consternation is only heightened.

I reached out to Louisiana Economic Development, who utilized state incentives to attract Elio Motors to the plant. LED Secretary Don Pierson sent the following statement via email: “From the beginning, it was understood that Elio Motors was a speculative project with a high investment barrier to entry. That barrier has proved too high to overcome for Elio thus far, with the project three years behind schedule and with the principals still possessing too little capital to begin production. LED understood the challenges. That’s why we offered a performance-based incentive package that would provide no incentives until the company began creating jobs, making capital investments and producing cars on site.

“Because Elio Motors has not been able to reach those performance thresholds, the State of Louisiana has paid no incentives to the company or its principals. Elio continues to pursue sufficient capital in order to begin full-assembly production in the future. Should Elio succeed in its mission, there is sufficient space for the automaker to operate in Shreveport.”

I reached out to the Caddo Commission about this topic and was told there was no additional comments to what has already been stated in the media.

It’s true that discussion about Elio Motors has been going on for some time and has really only devolved into negative news. It’s something I’ve followed since the deal was announced and am beyond disappointed to see no progress, only promises that aren’t fulfilled. It’s becoming more apparent that Shreveport will probably never see any vehicles roll out of the GM plant, and may have even been taken for a ride.

But as my boss, David Specht, always says when it comes to columns like these: “If you can’t contribute a solution then you’re part of the problem.”

My solution to the issue is basically already one ongoing at the GM plant — utilize what space you can.

LED’s efforts to market the plant led to a deal in early 2017 that would utilize part of the GM space for Glovis America. The deal sees a $1 million capital investment and creates 150 new direct jobs for an inland distribution center for imported Hyundai and Kia vehicles that will have employees outfit the vehicles with equipment and upgrades.

According to Pierson, Glovis America has already created 125 permanent new direct jobs, along with 75 temporary/part-time jobs. Glovis has invested $5 million in an existing 125,000-square-foot facility while leasing 90 adjoining acres.

Pierson also noted that in February 2014, LED attracted a $16 million capital investment by Minnesota-based Lubrication Technologies. Lube-Tech located in a 226,000-square-foot building that once housed a GM supplier in Shreveport. With plans to create 75 local jobs by the end of the decade, Lube-Tech manufactures, packages and distributes specialty lubricants globally for the power sports, marine and outdoor power equipment OEM market. Current employment is approximately 50.

By continuing to market the plant and its space where available, and being vigilant towards any big fish that could come into the market, we can turn this sad story into a victory. We in the press have to let Elio and the deal’s orchestrators know we’re watching. Even if that means reporting bad news.