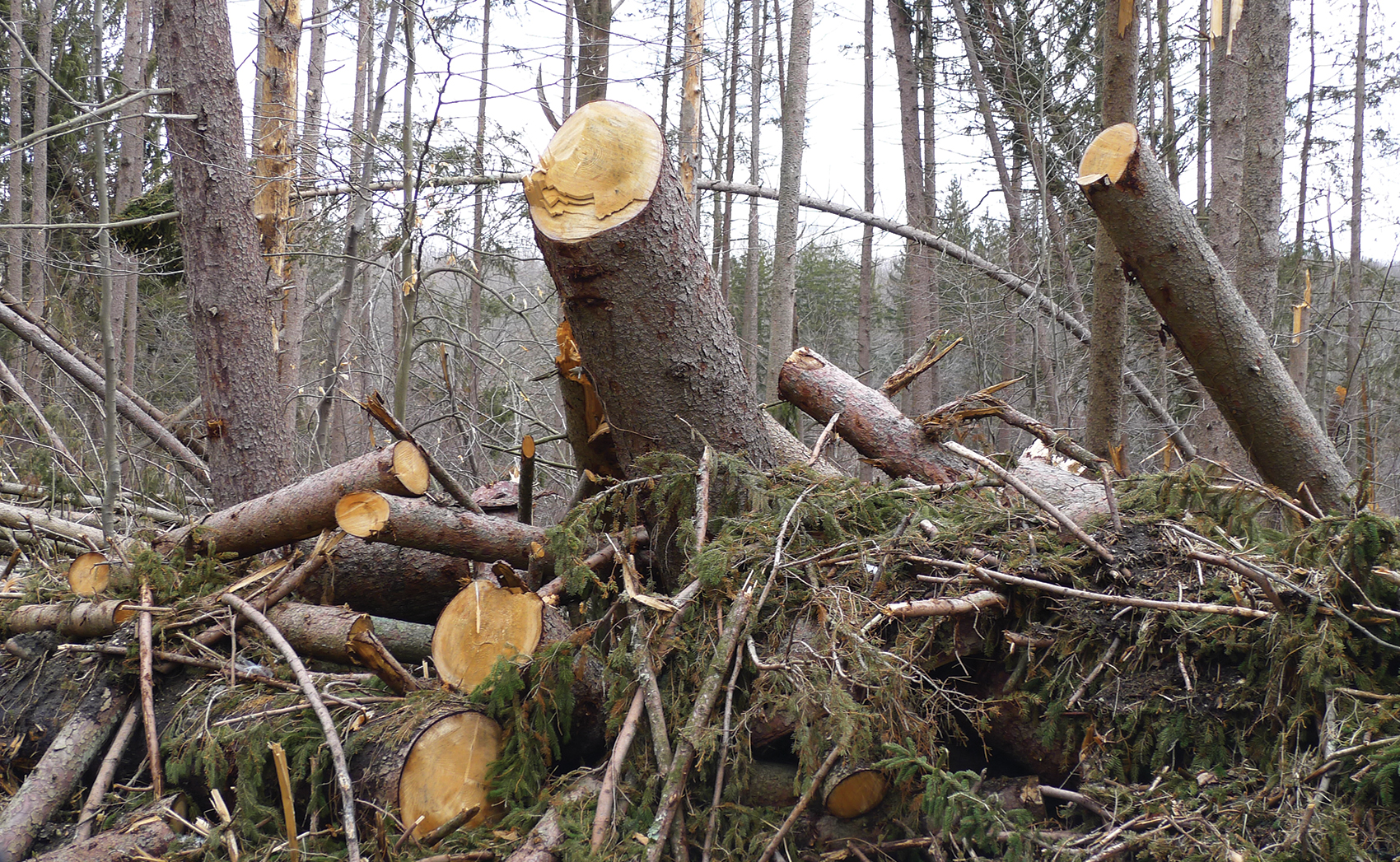 BATON ROUGE — Low prices driven by high inventories of and reduced demand for pine trees have led to an unfavorable supply-demand situation in both Louisiana and the Southeast, an LSU AgCenter economist said at the annual meeting of the Louisiana Society of American Foresters on Jan. 30.

Planted acres of southern pine have been down over the past few years as sawtimber prices dropped, but “we need demand to ramp up to overcome the excess inventory already on the ground,” said Shaun Tanger.

The planting boom in the 1980s and 1990s created high inventories of pine trees for lumber, and recent low prices led landowners to postpone harvest, causing rising inventories and further dampening prices. The result is more, larger trees in inventory.

Joe Chang, professor of forest economics and marketing in the LSU AgCenter School of Renewable Natural Resources, showed how 60 years of prices for sawtimber mirrored the U.S. economy. He explained how prices would rise and fall in relation to forest inventory, insect infestations, flooding, protection of the endangered northern spotted owl and housing starts.

During the first phase between 1955 and 1965, prices were trending downward slightly because of increasing forest inventory.  Then, the arrival of the plywood industry in the South shifted the demand curve. Timber harvests between 1966 and 1969 nearly doubled, and prices increased about 50 percent.

Between 1969 and 1989, dramatic but temporary booms in housing constructions in the early and late 1970s pushed the price up significantly for a brief period.

While timber inventory increased during this period, flat stumpage prices suggested that the actual inventory available for harvest was probably not increasing significantly.  The listing of the spotted owl as a threatened species caused the national forests to reduce the volume of federal timber sales by 8 billion board feet to about 2 billion board feet per year for the foreseeable future, Chang said.

As timber demand moved to the South and the market adjusted to the lower level of federal timber harvest, together with flooding in 1998, southern pine sawtimber stumpage prices in Louisiana reached an all-time high of $387 per thousand board feet.

From there, in phase three, stumpage prices entered a long-term retreat. Too much or too little rain either temporarily reduced or expanded timber supply and caused stumpage price to either rise or fall.

“Worse yet, the housing construction boom of 2005 begot the 2008 financial crisis and pushed the stumpage market into the current depressed state,” Chang said.

However, he believes that if prices remain low, mills will return to Louisiana. “It is just a matter of time,” he said.

A new process called cross-laminated timber is moving into the U.S. from Europe and holds promise for market growth in Louisiana, said Rich Vlosky, director of the Louisiana Forest Products Development Center in the LSU AgCenter.

“If the process was adopted in the U.S., it could create jobs in rural communities close to the timber,” he said.

Vlosky expressed a “high level of optimism that this could be the next best thing to hit the industry in a long time.”

Many international opportunities exist in the export market, and lumber exports have increased 75 percent in the past five years, he said. China is the largest market.

The U.S. Department of Agriculture through the Foreign Agriculture Service provides funding for promoting lumber exports and addressing trade barriers.