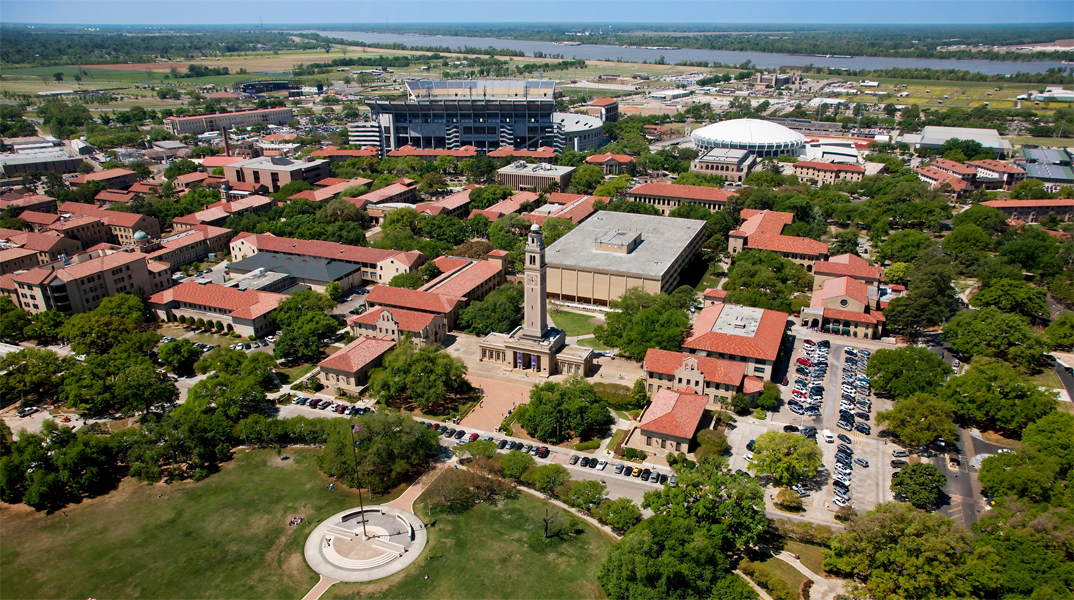 BATON ROUGE – A study by the Economics & Policy Research Group at the E. J. Ourso College of Business has determined that LSU’s economic impact on Louisiana totals $5.1 billion.

This marks the first time that the impact of all eight LSU campuses – LSU, the LSU AgCenter, Pennington Biomedical Research Center, LSU-Alexandria, LSU-Eunice, LSU-Shreveport, and the LSU Health Sciences Centers in Shreveport and New Orleans – has been illustrated from the state level and on a campus-by-campus basis.

“LSU is truly a game-changer for the state. Through research, education and outreach, we are able to solve the greatest challenges facing Louisiana while boosting our state’s economy,” said LSU President F. King Alexander. “We are among the 1 percent of universities able to claim the designation of land-, sea-, and space-grant institution, and that unique combination not only brings a tremendous amount of research grants to our state, but also attracts outside business and out-of-state students while simultaneously helping Louisiana retain its most talented citizens.”

The study excludes the fiscal impact of LSU’s athletics and excludes a number of factors that would ostensibly increase the university’s economic impact, including the role of college graduates and faculty as job creators, the role of the university in bringing in outside talent and business, and the collective increased lifetime earnings of all LSU graduates (not just the class of 2016).

During the 2017 fiscal year, LSU was responsible for $5.1 billion in economic impact to the state, which is effectively $1,097 per Louisiana citizen.

LSU also is directly responsible for 41,006 jobs, a total of 20,366 of which are directly attributable to the university. All told, the entire LSU entity supports 2.6 percent of all Louisiana jobs.