The executive budget released by Gov. John Bel Edwards included major cuts to higher education, healthcare, and TOPS scholarships. The cuts are made to make up for an expected one billion dollar decrease in state revenue this year.

Since this year’s legislative session is not a fiscal session, the only way for the state to either replace tax revenues set to expire this year or cut spending in other areas of this budget is to have a special session either in February, before the regular session starts in March or after it wraps up in mid to late June.

Louisiana’s 2018 budget deficit is a surprise to no one.  In 2016, the legislature built a budget on temporary tax revenue that sunsets this year.  Knowing this, the legislature appointed a bipartisan taskforce to generate ideas for comprehensive tax reform.

The recommendations of the taskforce were considered in the 2017 legislative session.  During last year’s session, there was little progress on the subject of tax reform and the fiscal cliff remains for this year’s legislature to solve.

There are proposed major cuts to higher education and healthcare, and an 80% cut to TOPS in the governor’s executive budget. These cuts will be devastating.  To deal with these cuts, a special session is necessary and should occur sooner rather than later.  There are a whole lot of good reasons to hold the special session before the regular session in March and little reason to wait.

Louisiana families need to know if TOPS is going to be there for them in the fall.  The state of Louisiana made promises to families and owes them a decision on TOPS sooner rather than later. 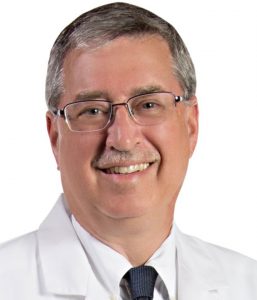 Decisions on TOPS should be made early enough so Louisiana families can make important decisions about their future college plans with the benefit of some certainty about finances. If TOPS is unfunded or significantly cut, keeping our best and brightest in our state will be threatened.  By that time, colleges to the west, north, and east will have already offered scholarships to our students to capitalize on our uncertainty.

For colleges, medical schools, and health systems, decisions about their budget must be made.  As long as there is no certainty, budgets will have to reflect this worst-case scenario – putting off important recruitment of college professors, physicians, or other healthcare providers.  Over the last decade, uncertainty and inconsistency have been the basic operational challenges in higher education and healthcare.  These challenges have been hard to overcome.

Over the last 30 years, Louisiana has gone from a state where two-thirds of jobs require only a high school education or less, to one where nearly two-thirds of jobs require postsecondary education.  A skilled educated workforce is the most critical component for growing our state’s economy and this will not change in the foreseeable future.  A foundation of excellence in higher education is the only way Louisiana can stay competitive with rapidly growing Southern states like Texas and Georgia who make state spending on colleges a priority.

A report of the National Governor’s Association noted “21st century places will succeed because of assets they create – not assets they inherit”.  Louisiana has been long dependent on inherited assets.  Those assets of oil and gas, timber, the Mississippi River, and our coast are important, but a bright future for our state depends increasingly on recognizing our greatest asset is our people, and that investing in them is our surest way to prosperity.

Dr. Phillip Rozeman is founder of the Shreveport-Bossier Business Alliance of Higher Education and Education’s Next Horizon