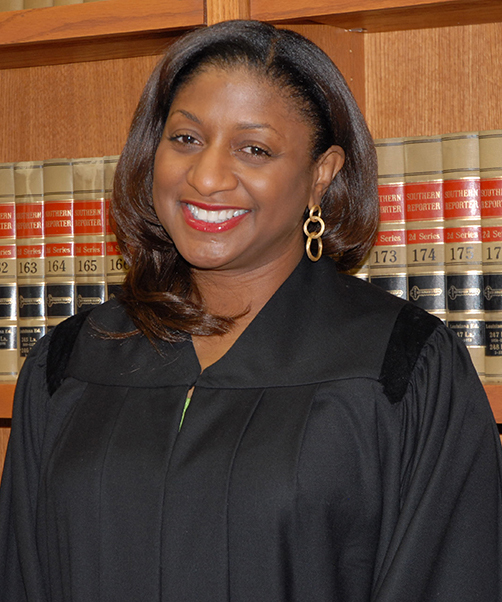 “It was an honor to be sworn in as District Director of such an influential organization of dynamic and powerful women judges from throughout the United States,” said Judge Sims. “I am committed to the goals of the National Association of Women Judges, the promotion and advancement of women jurists and the insistence upon equal access to justice for all members of our society. Thank you to the more than 1,000 NAWJ members for electing me to this exciting, challenging and highly rewarding position.”

Judge Sims received a Bachelor of Science in Mathematics from Dillard University and a Juris Doctorate Degree from Southern University Law Center in Baton Rouge, LA. After completing her undergraduate education, Judge Sims worked in education as a high school mathematics teacher in the New Orleans Public School system before attending law school.

The National Association of Women Judges (NAWJ) is the nation’s leading voice for women jurists. Judge Sims has been an active member of NAWJ since 2012. As District 6 Director, Judge Sims will serve the states of Louisiana, Mississippi, Alabama, and Tennessee for a term of office which began in October, 2017 and extends to October, 2019. Judge Sims succeeds Orleans Civil District Court Judge Bernadette D’Souza, who served from 2015-2017.