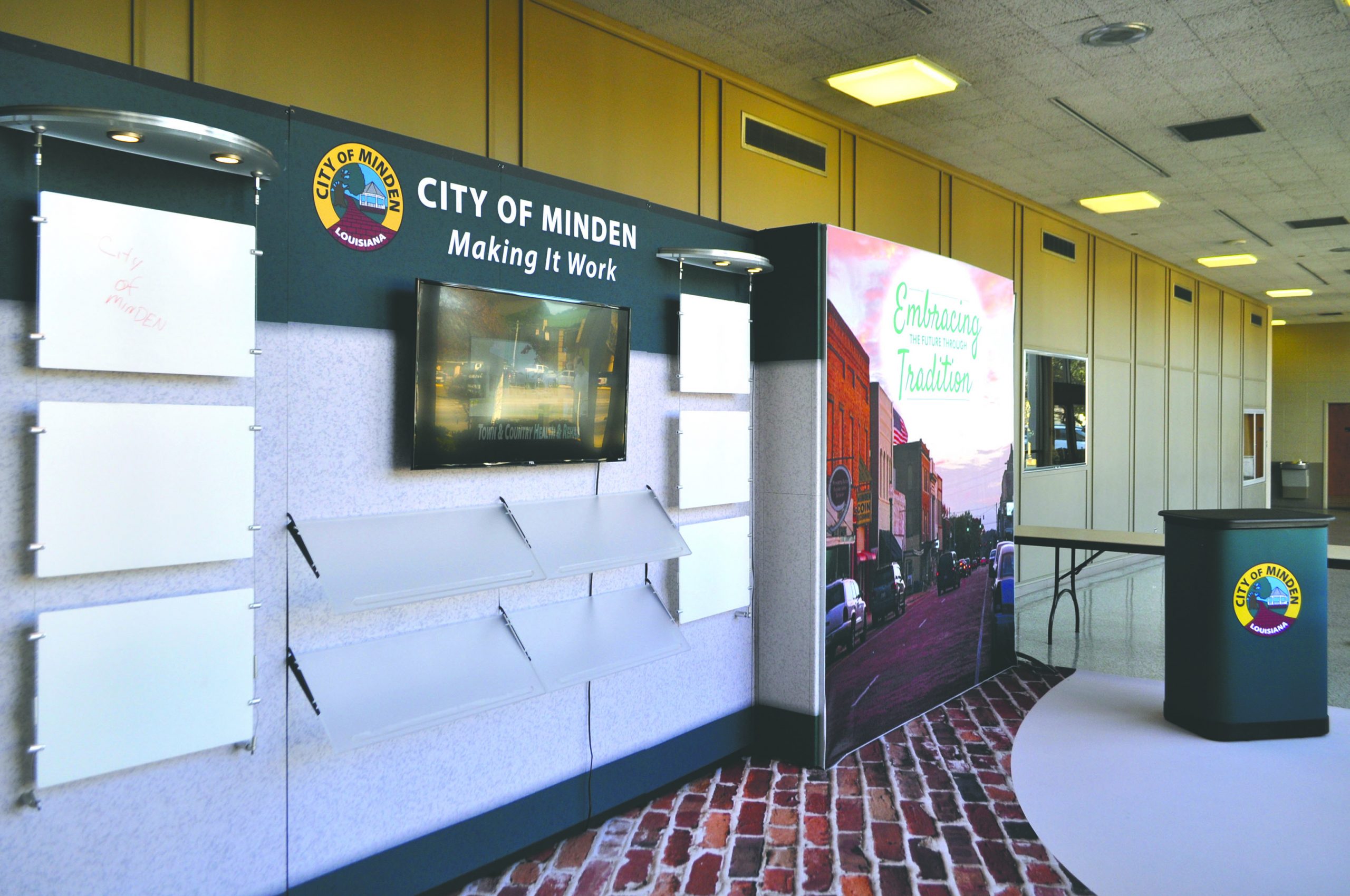 The City of Minden Economic Development has completed a new display exhibit created to entice businesses to the area. The exhibit is currently on public display at City Hall.

The exhibit features board space for key businesses and a mounted monitor playing a promotional video for the city. A wall-sized photo of downtown Minden displays the slogan “Embracing the future through tradition.”

Economic Development Director James Graham said the exhibit will go on tour to begin its job of business attraction, starting with Las Vegas.

“This is designed to go to different areas of the country,” Graham said. “We’ll go to Vegas to appeal to retailers, especially hotels because we need hotels in Minden. Then we’ll go to the manufacturing sector in the Midwest and appeal to manufacturers.”

Graham said the display is a portion of the city’s economic development plan that he is implementing.

“This is part of Minden’s economic development strategy,” he said. “The state gave the city a grant and some assistance to develop the plan. After the plan was adopted, I came on board. I tweaked the plan a bit and implemented it. This [exhibit] is just one component of a whole series of things that we have in place.”

The exhibit will be on public display in City Hall until Jan. 30.