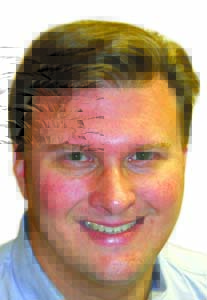 If you thumb through the various local publications or even watch the local news you’ll surely have seen numerous stories on the notable growth and investment in Bossier throughout 2017.  The top headlines from the year represent the theme of investing in the Bossier community.

Bossier is known for strong leadership and community partnership that enriches the business and economic landscape.  Our elected officials and community partners have shown an overwhelming investment to strengthen workforce and education initiatives, and are committed to the continued advancements to infrastructure.  These investments have helped and will continue to keep Bossier on track and competitive in securing new jobs and investment.

Continued growth in population for the city and parish are projected through the next five years.  This is largely due to the attractiveness the community has to offer.  Bossier is home to top rated schools within the state because of sound planning and investment.  Bossier Schools continue to receive accolades and national recognition due to their investments in student’s academic experiences.  The addition of new schools and the expansion of existing buildings are two tangible examples of how the school system has kept up with growth projections for the parish.

Additional partners in education include the Cyber Innovation Center (CIC) and Bossier Parish Community College (BPCC).  Both institutions originated from Bossier’s forward thinking investments and have shown a return on investment.   The CIC has brought national recognition to the community through its commitment to K-12 STEM curriculum programs which serve as the national model.  CIC’s curriculums are being implemented in classrooms by teachers throughout the U.S.   BPCC is one of the community’s greatest assets, as the higher education institution has a great track record for responding to workforce needs by creating market responsive educational opportunities.  This year alone the College announced that eight new programs were approved by the Louisiana Community and Technical College System’s Board of Supervisors and the Louisiana Board of Regents. Notably, each of the programs lead to 4- and 5-Star careers as classified by the Louisiana Workforce Commission.  The College also expanded the campus and opened the doors to a 80,000 square foot STEM Building which will allows them to train more students in the healthcare sector.

With a continued surge in population also comes with the need for constant infrastructure improvements.  Investments in this area not only helps residents with day to day travel but also greatly impacts our economic competitiveness.  The plans for the I-20/220 interchange will serve Barksdale Air Force Base well in the future with increased access to the base and increased security.  The result will be a wider, more modern traffic flow that will assist the eastern portions of the base’s housing developments without the interference from rail tracks. Improving the security of base access alone in today’s world holds enough reason for the investment, and this new interchange safeguards much more in the way of a more secure BAFB than some of the residential access points of the past.  The completion of the project will help to ensure the continued development of Barksdale as a primary, secured facility in the Air Force and military command structure for our country. Innovation Drive is another local infrastructure investment announced this year that will help to spur additional commercial development in the northern part of the city.

We can’t close the books on 2017 without the recognition of the new jobs added to the area.  There is always interest from businesses seeking to develop within in Bossier’s Industrial Parks.  This land is highly sought after largely due to the access to our area’s interstate system.  The GBEDF adheres to strict criteria and standards when working with companies who have applied to develop the land.  The foundation’s priorities focus on the number of new jobs created, the amount of investment made in an expansion or new facility, and making sure the business fits within the overall model of community.  In 2017, two companies chose to expand in Bossier’s Industrial Parks.  Sabre is Bossier’s latest announcement for its industrial parks.  The company made a $1.6 million capital investment and created 50 new direct jobs and 13 indirect jobs for a total of more than 60 new jobs in Bossier City.  Additionally, Coburn’s Supply Company announced their plans to build a $1.5M showroom in 2016, and opened the doors last spring in the Commerce Industrial Park at I-220 and Shed Road.  This development added 30 additional jobs to the community.