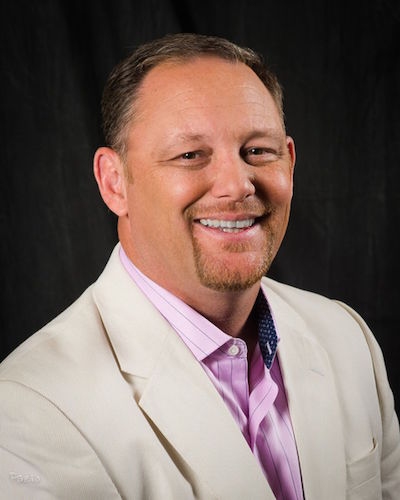 The prestigious award is given annually to honor the top 25 achievers in sales, marketing, and revenue optimization of hospitality, travel and tourism organizations for their accomplishments in the preceding 18 months. To be named to the Top 25 list confirms that a hospitality sales and marketing professional has shown great leadership and performed at a high level in the industry.

“For years, I have known Kyle is truly one of the top tourism marketing professionals in the country. We have benefited from his tireless efforts to put Louisiana in the hearts and minds of millions of travelers year after year. This honor is well deserved,” said Lieutenant Governor Billy Nungesser.

“I am humbled and honored to be named a Top 25 Extraordinary Mind by HSMAI. This honor is possible because of the many passionate tourism professionals across Louisiana that make sure a visit to our state is filled with unique culinary, musical and cultural experiences you simply cannot find anywhere else. I share this honor with each and every one of them,” said Assistant Secretary Kyle Edmiston.

In his role as Assistant Secretary, Edmiston oversees the Louisiana Office of Tourism’s promotion and marketing of Louisiana as a desired travel destination to domestic and international visitors. Under Edmiston’s oversight, Louisiana has seen record-breaking numbers each year for visitation, spending, and tax revenue generated for the state. Since 2012, the number of visitors to Louisiana has grown to 46.7 million in 2016. During that same time, visitor spending increased from $10.1 billion to $16.8 billion and annual tax revenue generated for Louisiana increased from $719 million to $1.04 billion.

Edmiston was instrumental in bringing a renewed focus on the international traveler, leading to an increase of 36 percent in international visitation in 2015, the second-highest of any state. Additionally, Edmiston worked tirelessly to bring the U.S. Travel Association’s premier travel marketplace, IPW, to New Orleans in 2016. As part of the events for IPW, he worked with CVBs and travel partners around the state to coordinate seven familiarization trips for tour operators and media reaching every corner of Louisiana.

Under Edmiston’s leadership, the Louisiana Office of Tourism received 11 national awards including:

In August, the U.S. Travel Association named Edmiston the 2017 State Tourism Director of the Year during the annual Education Seminar for Tourism Organizations (ESTO) conference in Minneapolis.