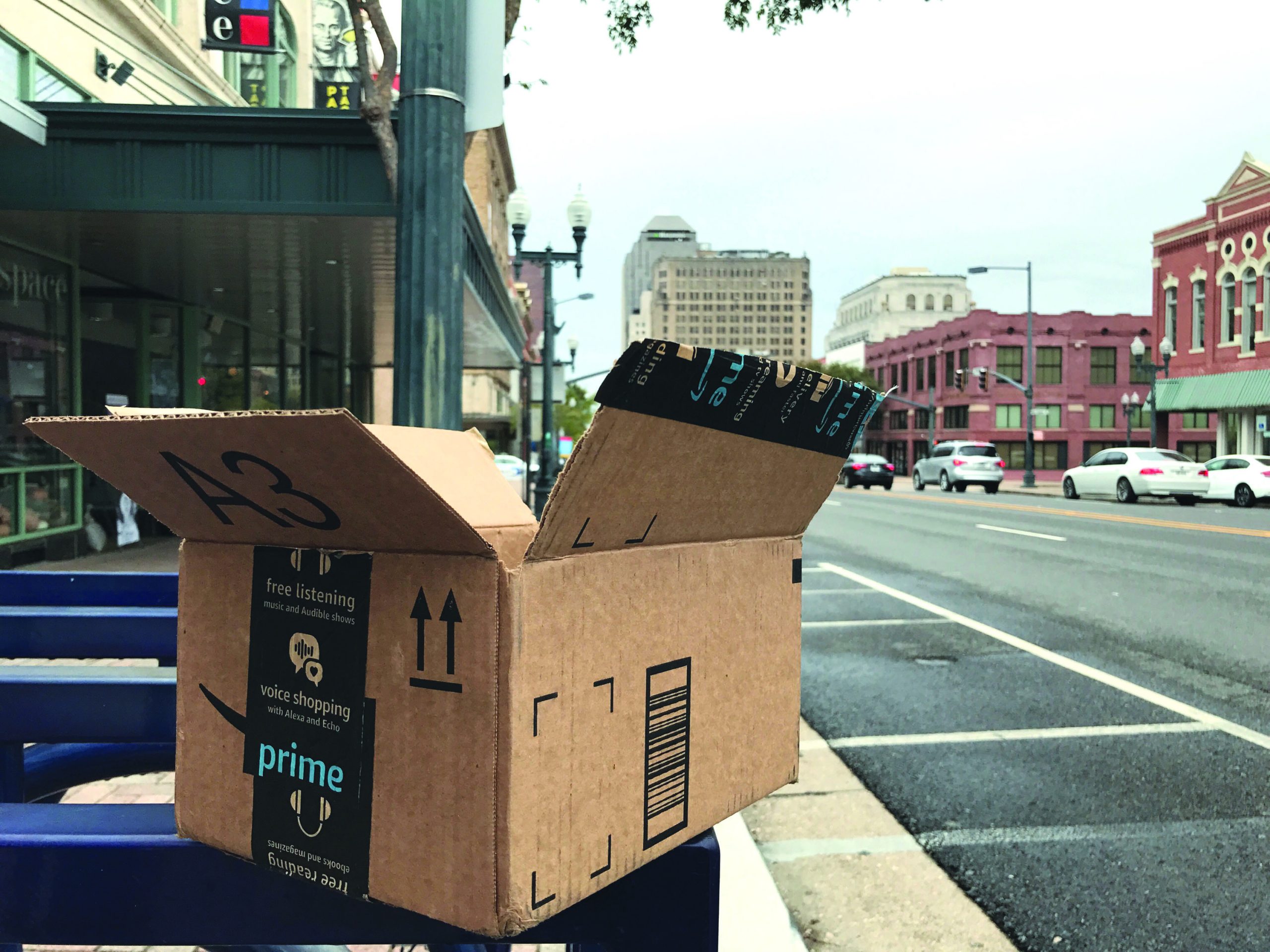 More than 200 cities in the US and Canada are competing to be the home of the new headquarters of internet retailing behemoth Amazon. Shreveport-Bossier isn’t one of them.Why not? Officials say the Shreveport-Bossier Metropolitan Statical Area (MSA) couldn’t approach the requirements the request for proposal asked for.

News broke in September that one of the world’s fastest growing companies was looking to build a $5B headquarters, called Amazon HQ2, to accompany its current HQ in Seattle, Wa. The project would bring an economic windfall of 50,000 jobs with an average salary of $100,000 over a 20-year period to one of the cities that filed a RFP by the deadline of Oct. 19.

Those requirements included: MSA of one million people or more, being within 45 minutes of an international airport, a major highway within 2 miles of the building, mass transit to the building, and a building with the ability to grow to 8 million sq. ft., among requisite infrastructure to accommodate a workforce that size.

“We didn’t officially submit a proposal as we were not qualified for the specs in the proposal such requirements as having a 1 million population and having an international airport. Even our 4 parish MSA approximately 440,000 people wasn’t enough,” said Arlena Acree, director of economic development for Shreveport.

The City of Bossier City noted something similar when reached for comment.

However, Executive Director of the Greater Bossier Economic Development Foundation Rocky Rockett said he reached out to state officials in Baton Rouge about Shreveport-Bossier’s competitiveness and potentially making an offer.

“I’m not Pollyanna, but an argument could be made for this area,” he said. “Unfortunately, the evaluation, on paper, didn’t match the opportunity.”

Rockett was confident local leadership would come together to meet all the criteria, noting that potential sites existed in Shreveport in the form of the AT&T building and former GM plant. The sticking points were available infrastructure and the ability to provide required air service.

“Nothing scared me except that we can’t provide international air service currently,” he said. “And do we have the deep fiber they need? Do we have water and sewer capabilities for a 50,000 person operation?”

So what’s the lesson from having to let a revolutionary opportunity pass this area by? Rockett said we need to focus on the next Amazon.

“Amazon is today, but who is making plans to build a new headquarters in the next 10-20 years? What will we look like 20 years? What do we have today we didn’t have in the early 90s? What didn’t we do over the last 20 years?” he asked.

“Can we compete for Amazon? On paper, no. But let’s go further — Tesla, Toyota — those are in the 5,000-employee range. That’s a workforce we could educate and build.”
Acree was optimistic that we hadn’t missed out on Amazon altogether.

“I do think that in the future, we will qualify for a fulfillment center/distribution center since we now have an Amazon presence with Whole Foods now in Shreveport,” she said. “If Dallas or south Louisiana gets it, that will have a very positive ripple effect for us as well.”