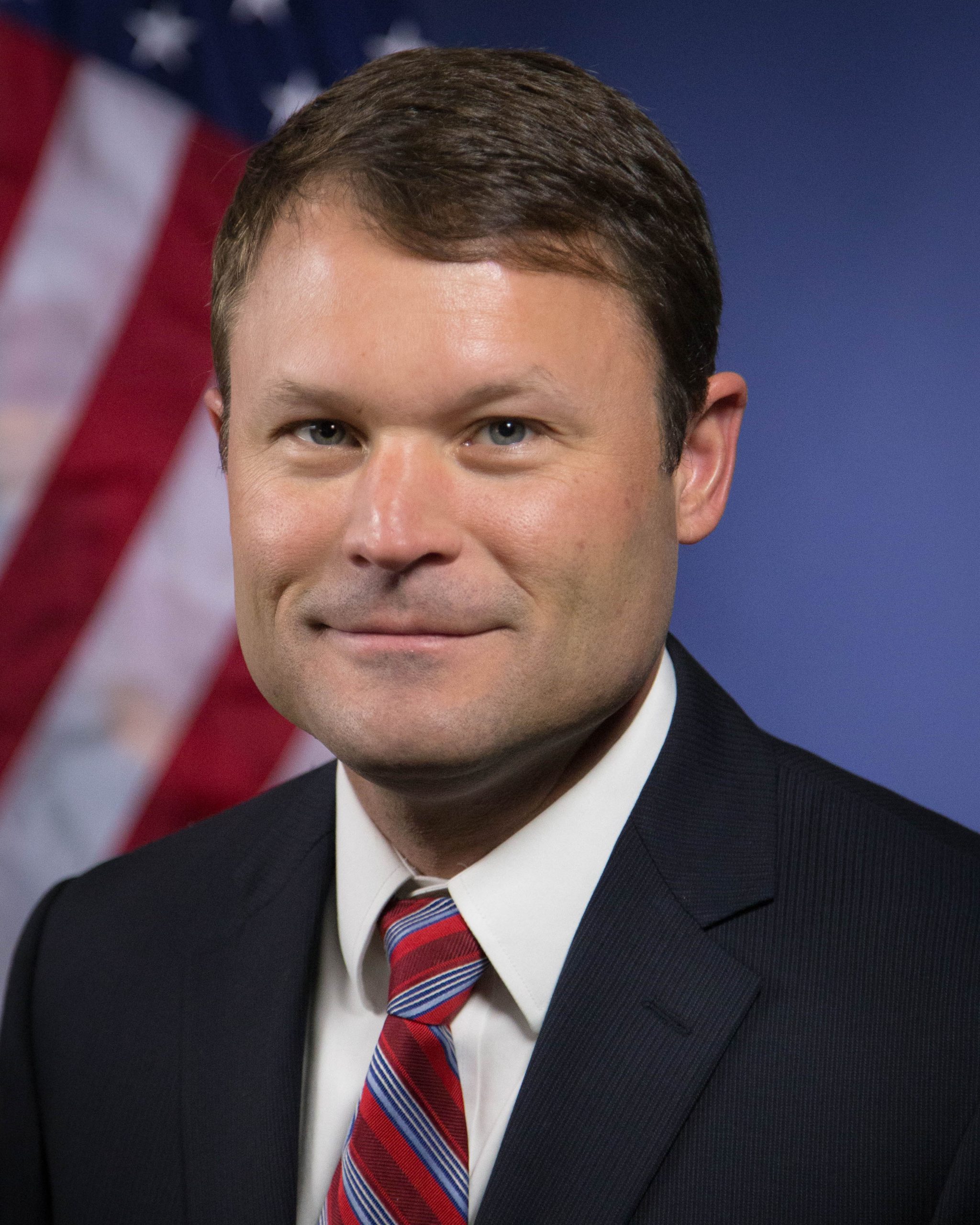 “Serving as United States Attorney for the citizens of the Western District of Louisiana has been a privilege,” said Joseph. “I have been honored to lead an office of dedicated and talented public servants and to work with so many professional and hardworking law enforcement officers throughout Louisiana, as well as my colleagues U.S. Attorneys Brandon Fremin and Peter Strasser. By hard work and collaboration, I believe that we have made progress in accomplishing our shared goal of making Louisiana a safer place to live, work, and raise a family.”

“I commend David Joseph for his service as United States Attorney for the Western District of Louisiana. Since taking his oath, David has faithfully led his office with integrity and unrelenting commitment to the rule of law. David’s leadership fostered a collaborative relationship between his office and federal, state, and local law enforcement partners. His efforts to combat violent crime showed a decline during his two-year tenure and built safer communities for the citizens of Louisiana. The Department looks forward to his future service as a principled jurist to our Nation’s courts, and welcomes First Assistant U.S. Attorney Alexander C. Van Hook to serve as the Acting United States Attorney for the Western District of Louisiana,” said Attorney General William P. Barr.

Under Joseph’s leadership, the U.S. Attorney’s Office prioritized, among other initiatives, the fights against violent crime, the opioid epidemic, public corruption, and human trafficking. Immediately upon assuming office, Joseph began working collaboratively with police chiefs, sheriffs, district attorneys, and federal law enforcement agents in all 42 parishes of the Western District of Louisiana to engage in proactive efforts aimed at combatting violent crime and building safer communities. As a result of this renewed focus on violent crime, including tripling the number of firearm offenses prosecuted, the district saw significant declines in the violent crime rates in 2018 and 2019. During Joseph’s first year in office, violent crime rates dropped 38% in Monroe, 14% in Shreveport, 9% in Lake Charles, and 5% in Lafayette. This resulted in approximately 791 fewer victims of violent crime in the Western District of Louisiana in 2018 alone. 2019 saw an additional 6% drop in violent crime throughout the district, including an additional 13% reduction in Shreveport.

These results were achieved by working closely with state and local law enforcement to identify for federal prosecution the offenders most likely to commit acts of violence, including felons and narcotics traffickers in possession of firearms. Joseph’s office also worked with federal, state, and local law enforcement to identify and federally prosecute criminal street gangs, including the federal racketeering (RICO) prosecution of the “Block Boyz,” a notorious street gang that long terrorized Shreveport’s Queensborough neighborhood with firearm violence, armed robberies, drug peddling, and witness intimidation. Joseph also oversaw the prosecution of members of the Aryan Circle, a prison-based white supremacist gang responsible for acts of violence and lawlessness both inside and outside of correctional institutions.

In response to the growing opioid epidemic in the United States, Joseph targeted both illegal opioid traffickers as well as medical professionals contributing to addiction and overdose deaths. Among other prosecutions, U.S. v. Anderson Duke resulted in a 24-year sentence for a fentanyl and heroin drug trafficker in the Monroe area, and in U.S. v. Melissa Richardson, a former VA pharmacist was sentenced to serve time in federal prison for stealing hydrocodone from mail-out prescriptions intended for veterans. Joseph’s office also entered into a $22 million civil settlement with Morris and Dickson, the largest privately-owned wholesale pharmaceutical distributor in the United States, for failing to report suspicious orders of hydrocodone and oxycodone.

On the public corruption front, among other cases, Joseph’s office convicted Patrick Hale Dejean, a Jefferson Parish Justice of the Peace who stole wages from citizens appearing in his court, and former prison warden Nathan Burl Cain II, who used his position as warden to embezzle taxpayer money.

Other significant cases handled by Joseph’s office included the prosecution of an individual responsible for burning down three predominantly African American churches in St. Landry Parish; the conviction of the owners and managers of Explo Systems, Inc., a defense contracting company, for their roles in defrauding the government and turning Camp Minden, Louisiana, into the largest illegal dumping ground for military explosives and munitions in the history of the United States; the prosecution of a Fort Polk soldier for manufacturing and detonating a chemical weapon in the Kisatchie National Forest resulting in substantial injuries to other soldiers; and the prosecution of a mega-church pastor from Houston, Texas, and his co-defendant, a Shreveport investment advisor, for their roles in a multimillion-dollar investment scheme that involved elderly victims.

Joseph also launched the Northwest Louisiana Human Trafficking Task Force in November of 2019, the first of its kind in Louisiana, with the goal of preventing human trafficking, rescuing victims of human trafficking, and prosecuting human traffickers criminally. The task force, formulated and led by the United States Attorney’s Office and Bossier Parish Sheriff’s Office, is a collaboration of federal, state, and local law enforcement agencies and prosecutors, along with local non-governmental victim services organizations, including civic, faith-based, and social services organizations.

“I thank Senators Kennedy and Cassidy for recommending me for this judgeship and for their service to the citizens of Louisiana in the United States Senate,” said Joseph. “I am also grateful to President Trump for giving me the opportunity to serve the Western District of Louisiana as U.S. Attorney and to continue my service to our community in the federal judiciary.”

Before becoming United States Attorney in 2018, Joseph served as an Assistant U.S. Attorney for the Western District of Louisiana, where he prosecuted a wide variety of offenses, with a focus on fraud, public corruption, white-collar crime and crimes committed on the District’s military installations. Prior to his career as a federal prosecutor, Joseph served as a commissioned officer and prosecutor in the U.S. Army Judge Advocate General’s Corps, as well as an attorney in the Professional Liability & Financial Crimes Section of the Federal Deposit Insurance Corporation, and in private practice as a commercial litigation attorney.

Joseph received his Bachelor’s Degree of Business Administration from the University of Oklahoma and his Juris Doctorate from the Paul M. Hebert Law Center at Louisiana State University, where he was a member of the Louisiana Law Review and was inducted into the Order of the Coif. After graduating law school, Joseph clerked for Justice Jeffrey P. Victory of the Louisiana Supreme Court and Judge John V. Parker of the U.S. District Court for the Middle District of Louisiana.

“David Joseph’s leadership in the U.S. Attorney community and in the Western District of Louisiana has been exemplary, and his commitment to the rule of law has been the cornerstone of a distinguished legal career,” said Brandon J. Fremin, U.S. Attorney for the Middle District of Louisiana. “The Department of Justice and the United States of America benefited greatly by his appointment as United States Attorney. Our loss is the Judiciary’s gain.”

“I have known David for several years, and he is a man of incredible integrity and a servant of the law. I congratulate him for his successful tenure as the U.S. Attorney for the Western District of Louisiana and for his faithful service as an Assistant U.S. Attorney there. I witnessed firsthand his distinguished service to the citizens of the Western District’s 42 parishes,” said Donald Washington, former United States Attorney for the Western District of Louisiana and now Director of the U.S. Marshals Service. “Judge Joseph will be an outstanding jurist, who will serve with energy and compassion. He will provide equal justice for all.”

“I would like to congratulate David on his appointment to this important position and thank him for supporting the FBI and our state, local, and federal law enforcement partners. Having a collaborative partnership with our U.S. Attorneys is paramount to the successes of all law enforcement agencies. I wish him great success in his new role,” stated FBI New Orleans Special Agent in Charge Bryan Vorndran.

DEA Special Agent in Charge Brad L. Byerley said, “DEA would like to thank Mr. Joseph for his unrelenting partnership and congratulate him on his prestigious appointment to federal judge. With persistence and conviction, Mr. Joseph has done an excellent job leading the U.S. Attorney’s Office, all while combatting drug trafficking and the violent crimes associated with it, making communities in the Western District of Louisiana a safer place to live. Together, along with our federal, state and local law enforcement partners, we have successfully put drug traffickers and violent criminals where they belong, behind bars.”

“David Joseph has been instrumental in assisting law enforcement in the Western District of Louisiana in bringing violent criminals to justice, helping combat violent crime rates, and improving cooperation with our federal partners,‘’ said ATF New Orleans Special Agent in Charge Kurt Thielhorn. “It’s been my honor to work with him to keep communities safe.”

“During his tenure representing the Western District of Louisiana, U.S. Attorney Joseph proved to be a dedicated partner working shoulder to shoulder with federal, state, and local law enforcement to ensure public safety and justice for victims,” said Colonel Kevin Reeves, Louisiana State Police Superintendent. “His support and guidance on the Northwest Louisiana Human Trafficking Task Force led to the successful prosecution of numerous child exploitation and human trafficking offenders. On behalf of the entire Louisiana State Police, we wish Judge Joseph the best in his new appointment.”